Narromine’s Australia Day event was held at the Council Chambers with a civic event and a Citizenship Ceremony.

Narromine’s Citizen of the Year for 2021 is Mrs Carolyn Egan, who is a well-known volunteer in Narromine.

Carolyn has been a member of the CWA for over 53 years as well as a committed member of the Narromine Lions Club, St Vincent de Paul, Meals on Wheels, St Augustine’s Parish Council and a keen participant in Narromine’s Garden Club and Narromine Turf Club.

Trangie’s celebrations were kicked off at the Trangie United Services Club hosted by Trangie Action Group.

Trangie’s Citizen of the Year for 2021 was awarded to both Cathy Gillespie and Ian Hilder.

Cathy and Ian are considered pillars of the Trangie community and have tirelessly volunteered to ensure the long-term future of Trangie’s United Services Memorial Club.

Narromine Shire Council’s Australia Day Ambassador Isabella Bain attended both events and shared her story as a guest and remarked that she was thrilled to participate in both events.

Narromine Shire Council Mayor Clr Craig Davies congratulated all recipients and nominees and highlighted the amazing contributions of so many community-focussed and outstanding citizens in Narromine and Trangie.

‘Our nominees for Australia Day Awards are a very special group of achievers and this is our chance to say thank you’ said Clr Davies.

The full list of the Award recipients for 2021 in both Narromine and Trangie are as follows: 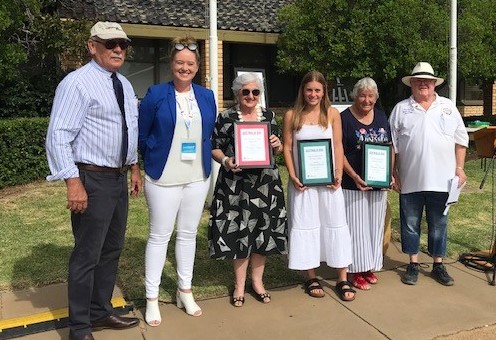 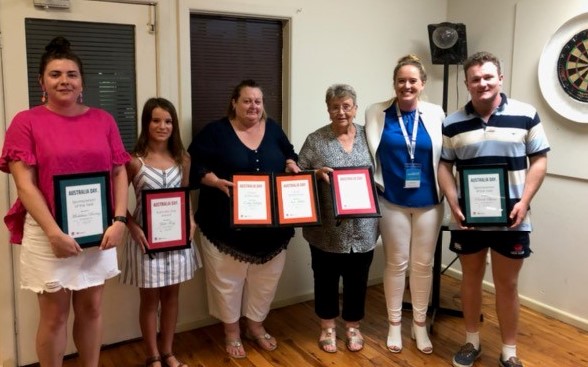